The objective for the investment was to find a well-functioning solution for transporting railway carriages along an easy changeable transport route. It was also important to find a transport system with a suffi ciently large capacity at moderate costs.

The air film equipment consists of an air film transporter including load pallets onto which the railway carriages are placed. The transporter is equipped with a remote control unit for maximum safety and controllability. 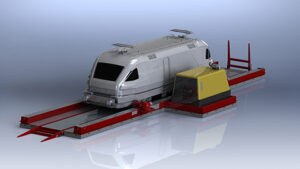 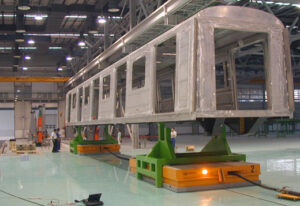